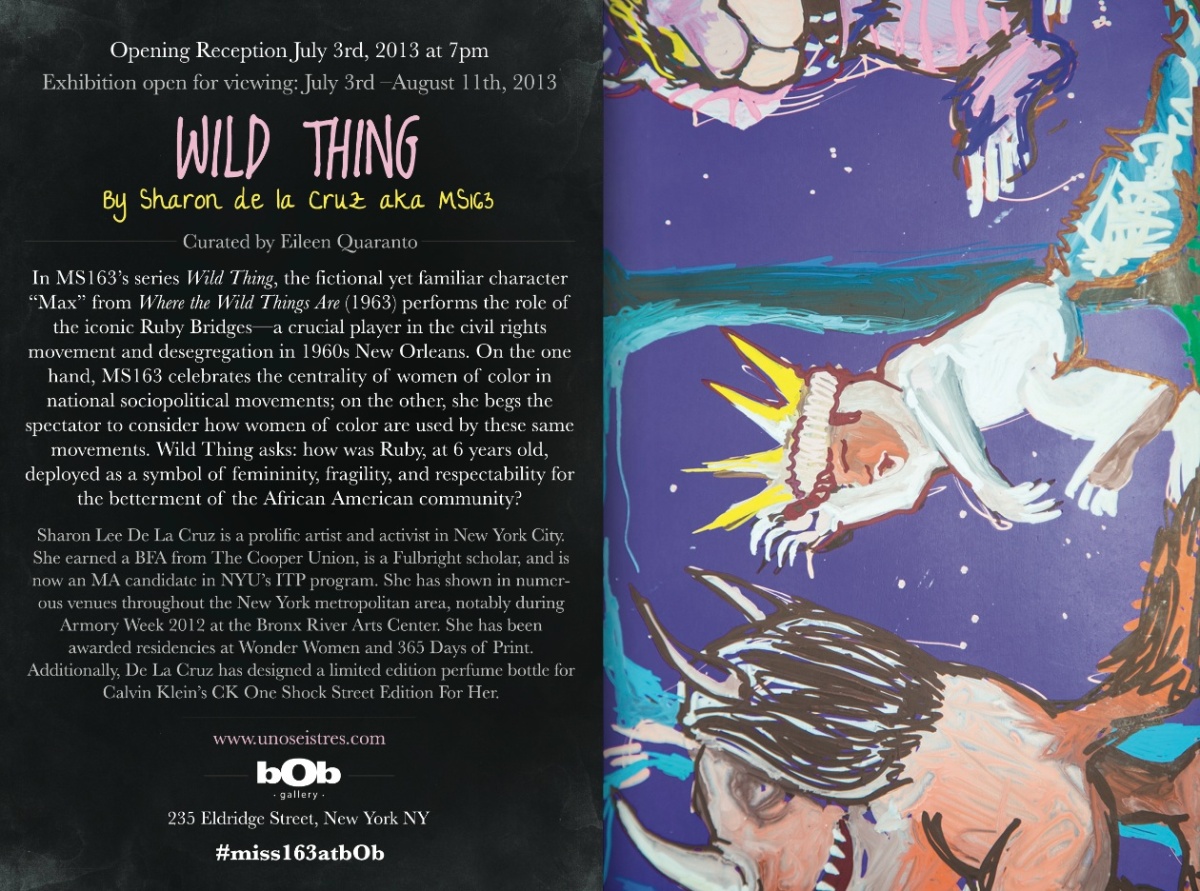 If you’re in NYC tonight, swing through the opening at bOb!!

bOb Bar is pleased to present Wild Thing, an exhibition of work by graffiti artist MS163. Please join us for an opening reception on Wednesday, July 3rd to meet the artist and celebrate her work.

In MS163’s series Wild Thing, the fictional yet familiar character “Max” from Where the Wild Things Are (1963) performs the role of the iconic Ruby Bridges—a crucial player in the civil rights movement and desegregation in 1960s New Orleans. On the one hand, MS163 celebrates the centrality of women of color in national sociopolitical movements; on the other, she begs the spectator to consider how women of color are used by these same movements. Wild Thing asks: how was Ruby, at 6 years old, deployed as a symbol of femininity, fragility, and respectability for the betterment of the African American community?

Sharon Lee De La Cruz is a prolific artist and activist in New York City. She earned a BFA from The Cooper Union, is a Fulbright scholar, and is now an MA candidate in NYU’s ITP program. She has shown in numerous venues throughout the New York metropolitan area, notably during Armory Week 2012 at the Bronx River Arts Center. She has been awarded residencies at Wonder Women and 365 Days of Print. Additionally, De La Cruz has designed a limited edition perfume bottle for Calvin Klein’s CK One Shock Street Edition For Her. 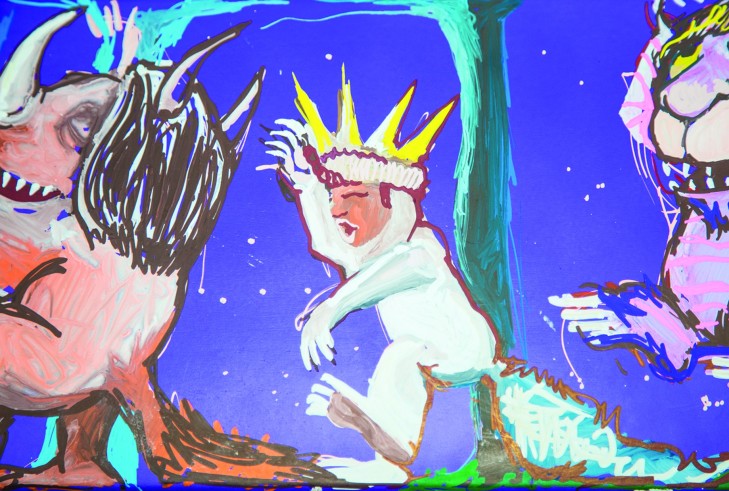