This will be quick. I had to put my beloved 18 year old cat to sleep on Saturday, so I have been in a very sad place. Then today, I was tagged in a Facebook post by the Girls on Top. And instead of sad tears, I got to shed some happy ones. ❤ They stenciled my name in one of the letters alongside some feminist greats. I am not worthy, but I appreciate and accept the show of love.

G.O.T Crew were invited to Reading On Thames Festival, we were asked produce a 25 metre mural with a selection of local youth groups to mark the 100 Years of Suffrage centenary (100 years since the Representation of the People Act was passed in Britain, giving (some) women the right to vote.)

We chose to write the words ‘WE GO ON’, and for the people taking part to fill them with names of people who they wanted to pay homage and tribute to- those who they felt represented what the Suffragettes stood for. Some were from women in the past, who had to endure suffering and a constant fight to win us the freedoms we enjoy today.

The other names were local people, or people in our lives now, who have inspired this generation and who continue to embody a message of community.

The images and quotes surrounding the words were also chosen by the people taking part.

‘She’ said “It was inspirational to work alongside these young people who expect and embody equality, and are building a future which is united”

The mural, the names, the portraits, will be varnished, and will remain there for a long long time.

“The woman wanderer goes forth to seek the land of freedom.

“There is one way and one way only- down the banks of labour, through the waters of suffering. There is no other.”

The woman, having disgarded all to which she’d formally clung to cries out:

“For what do I go to this far land which no-one has ever reached?”

and reason said to her ” Silence. What do you hear?”

and she said “I hear the sound of feet, a thousand times, and they beat this way. They are feet of those that shall follow you. LEAD ON.”

‘Weardoe’ an artist who came in and led the workshop with us said “As a British Sikh female graffiti artist, representing the graffiti scene with the energy of the Suffragettes is more than a dream, it’s an honour, and Sophia Duleep Singh has been a personal influence as I have always tried to embody love and courage through my art. The sisterhood they represented is very much what I feel the world needs today. I think we are revolving”

‘Pixie’, ‘She’ and ‘Weardoe’ would like to thank the Reading On Thames festival, Reading Boro Council, Katesgrove Neighbourhood association, ACRE, Rough Diamonds Youth Group, John Madejski Academy, the ‘In Place of War’ organisation and The Hook and Tackle Pub for this amazing weekend. Also thanks to Sam McMahon (http://kiwimcmc.co.vu/), Tim Wilson, and Pulse Audio.

We learnt a lot in such a short space of time, and were glad to have the opportunity to create a mural that meant something so close to all of our hearts. 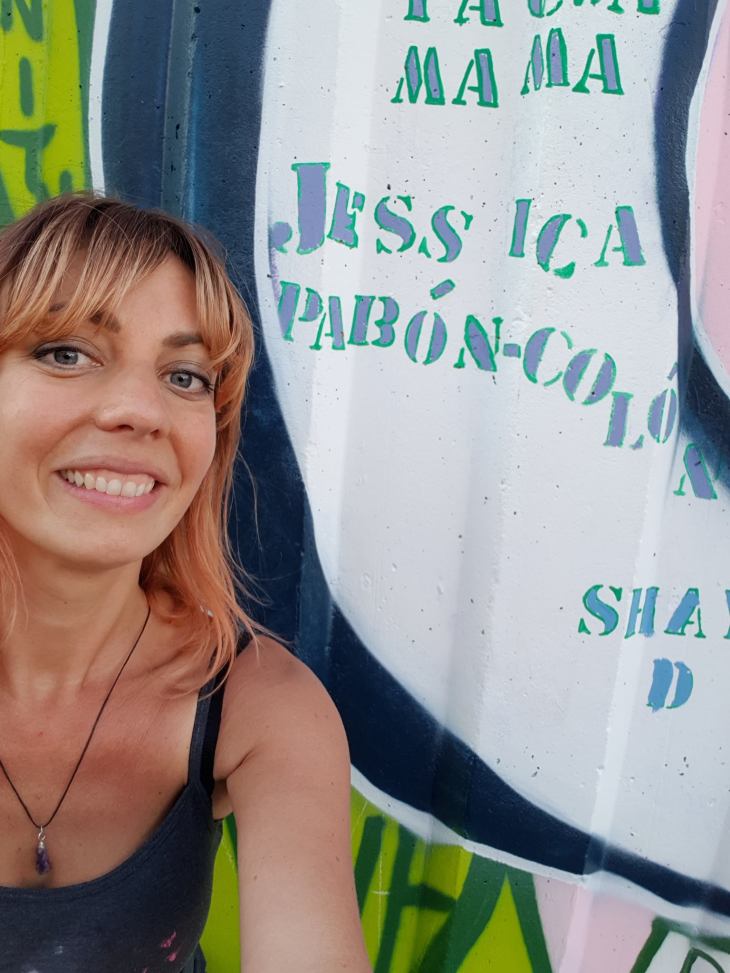